Olivia Gay uses « the finesse of her bow to bring out the sound » (Diapason), creating a « warm and rich sound » (Libération), both on her recordings and on stage.

Performing works ranging from Bach to Vasks, his repertoire covers the entire spectrum of cello works, with a particular curiosity for works by contemporary composers. 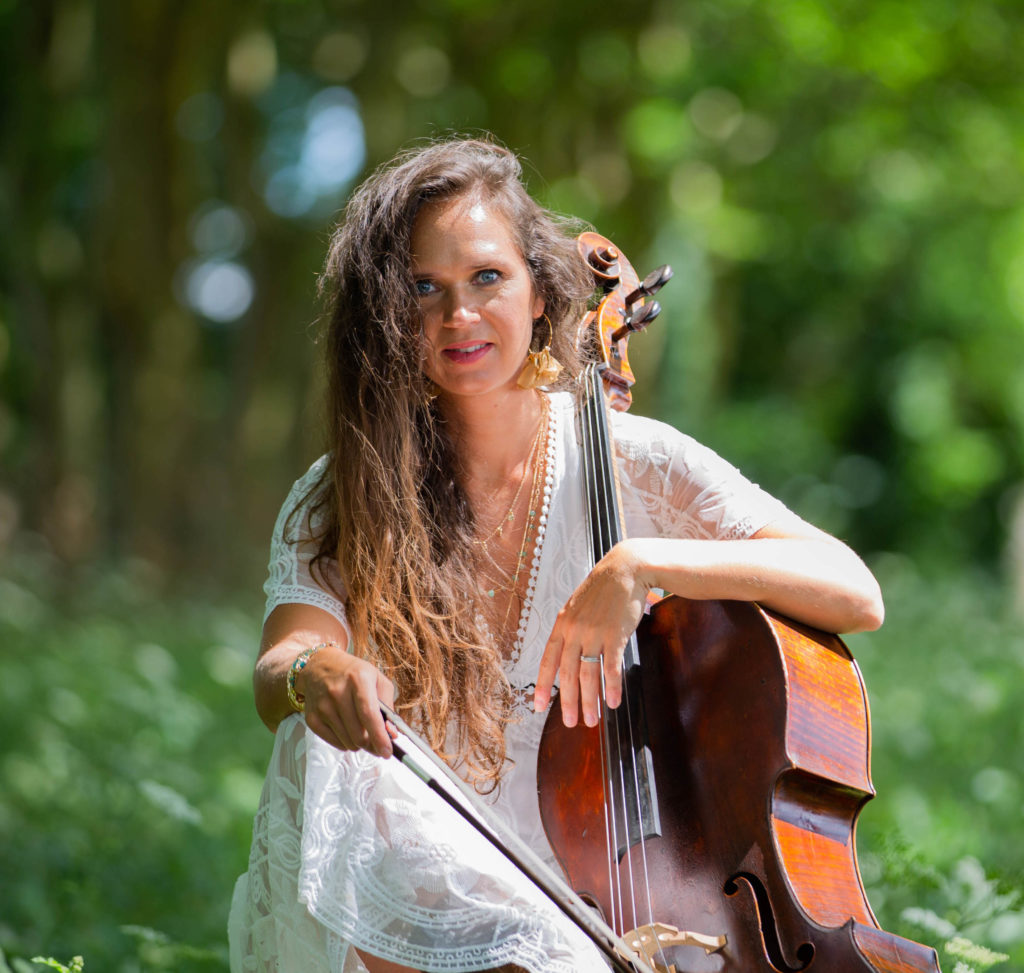 With three albums and a busy recital schedule, Olivia Gay is one of France’s most prominent emerging cellists, with engagements in Europe and abroad, including recent concerts at Carnegie Hall, the Easter Festival in Aix-en-Provence and the Salzburger Festspiel.

Olivia has just released her third album recorded with the National Orchestra of Cannes under the direction of Benjamin Levy, and with pianist Célia Oneto Bensaid, under the Fuga Libera label of Outhere Music.

Dedicated to her love of forests, Olivia partnered up with the ONF (National Forestry Office in France) to help raise awareness and funds for the battle against forest fires and the dramatic effects of climate change on nature.

Released in September of 2022, the album entitled Whisper Me A Tree highlights the works of contemporary composers including John Luther Adams, Ross Edwards, Camille Pepin, Max Richter and others…

Olivia Gay explored her passion for performing contemporary music on her debut album, Horizon[s], with recordings of concertante works by Philippe Hersant, Pēteris Vasks and Thierry Maillard, alongside the Orchestre Pasdeloup. Télérama commented, « We love passionately… here is a first album that does not lack audacity, » while Libération added, « an ambitious and original program. »

On her second album, Origine[s], Olivia Gay explores another subject that captures her imagination: the origins of the cello repertoire. By placing works by Schumann, Kodaly, Boulanger and Piazzolla in mirror image with folk pieces directly related to the repertoire, the listener is taken on a fascinating journey. France Musique said « This is how the learned and the popular resonate in a very successful program ».

Olivia Gay is also a laureate of the Cziffra Foundation and the Maurice Ravel Academy.